Show all categories Heliamphora species Back 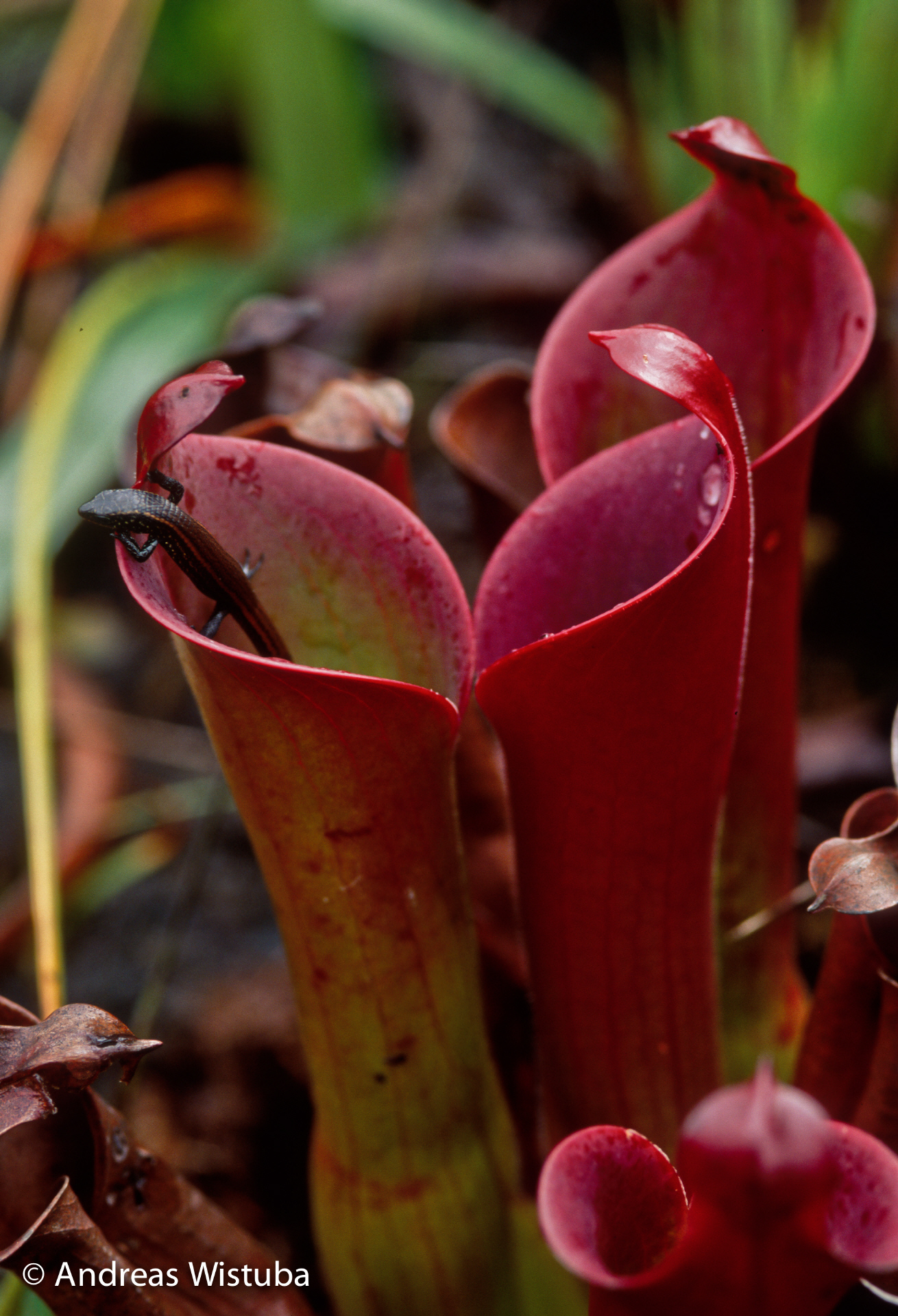 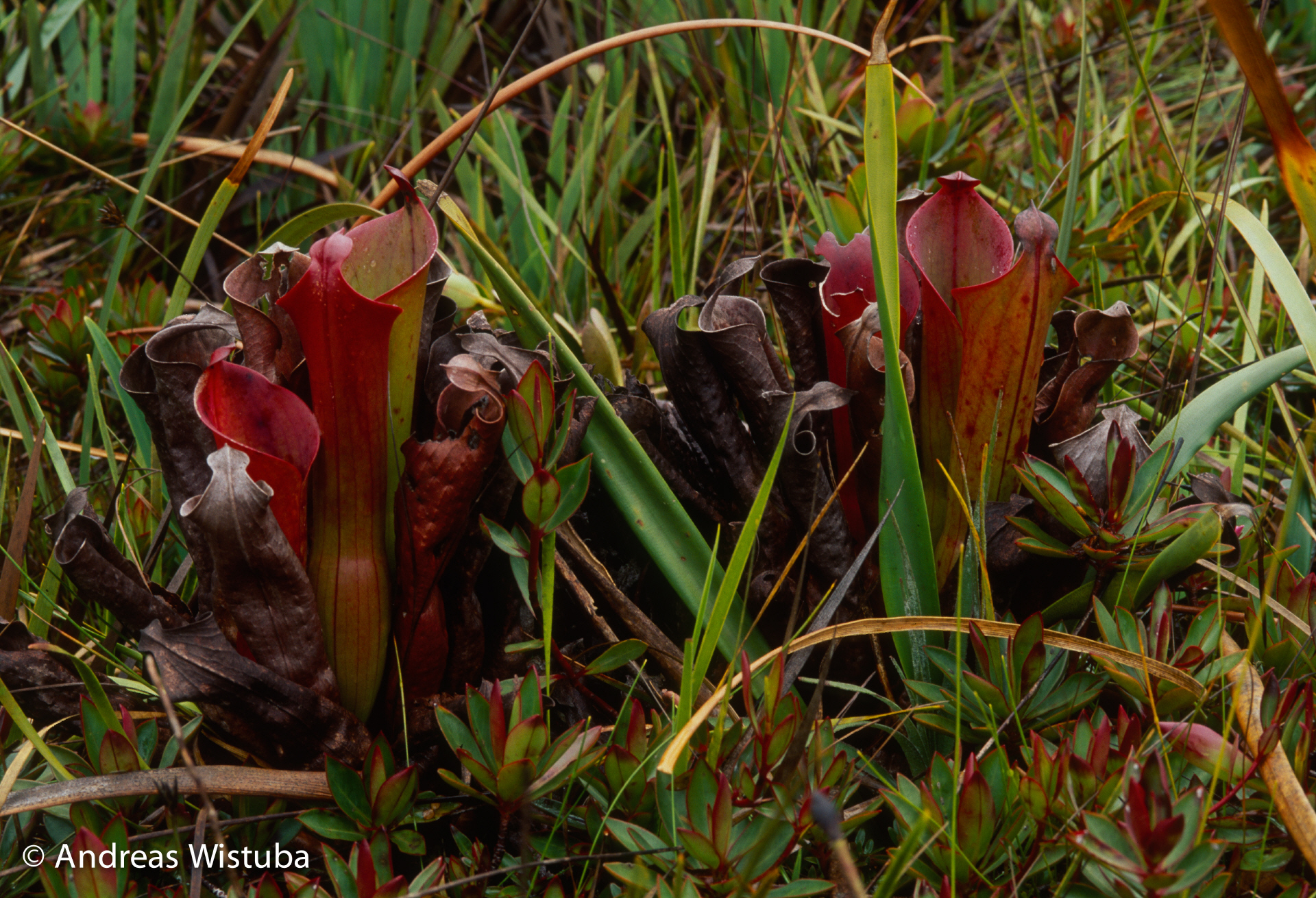 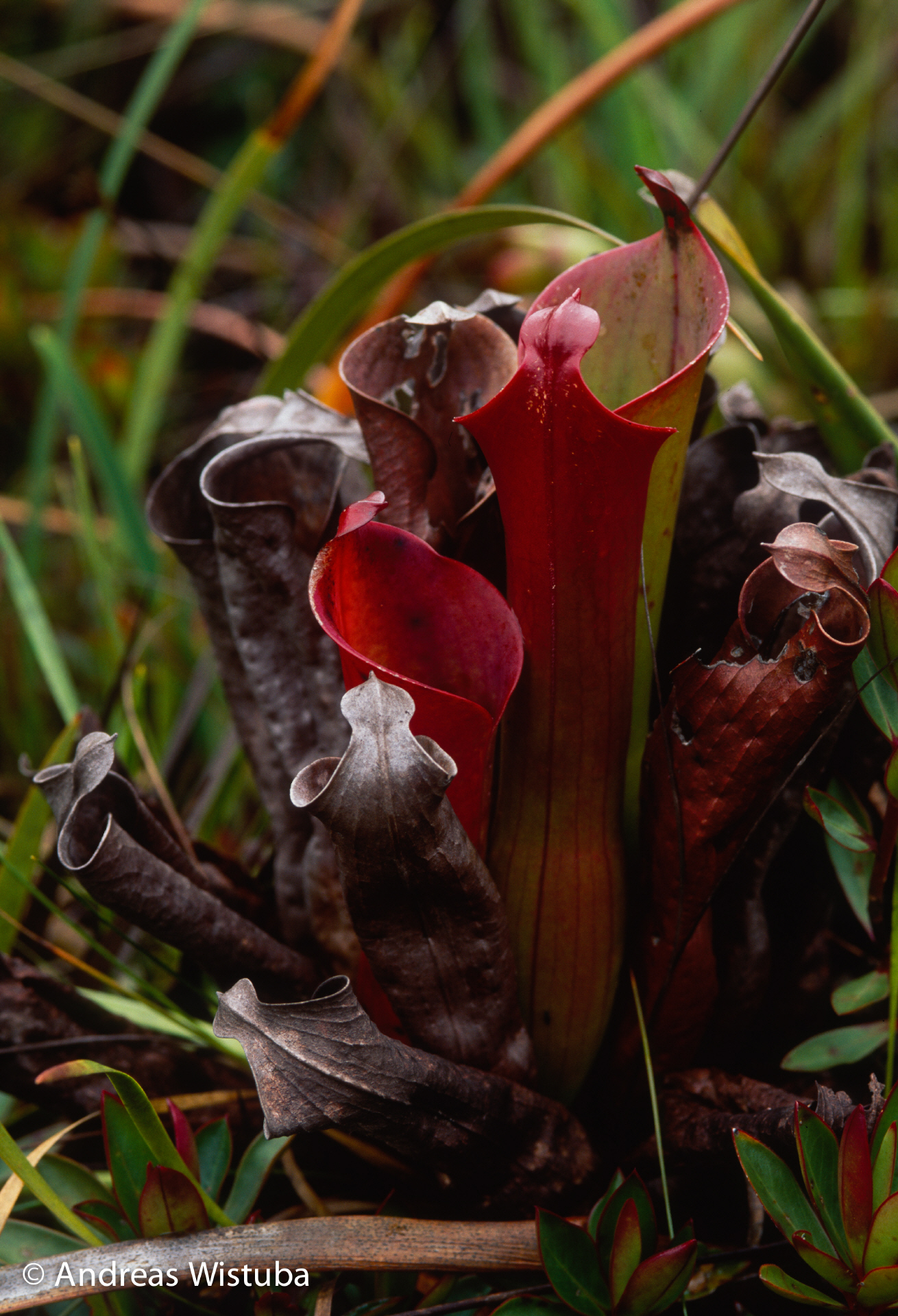 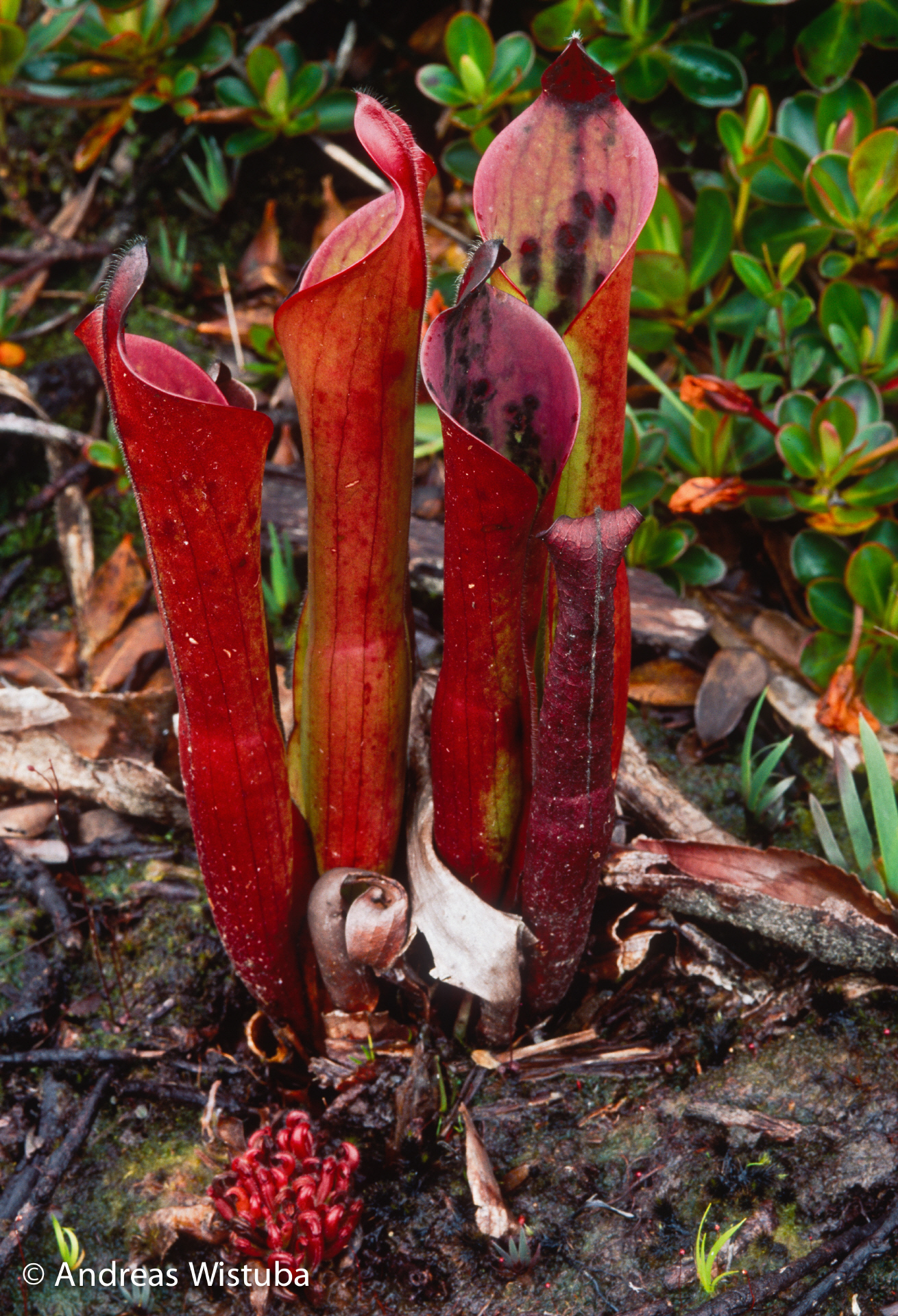 This rare species is only known from a few small populations in the highland meadows of the Brazilian flanks of Pico de Neblina around 1900m where it grows in wet peaty substrate in open habitat or among sparse vegetation. Because the southern slope of the mountain is in many parts inaccessible, it is not known whether this species occurs elsewhere in the surrounding area. Numerous expeditions on the northern slope have found no evidence of the species, in which case ceracea is the only Heliamphora currently known to occur exclusively in Brazil.

Heliamphora ceracea is notable for its waxy, hairless upper pitcher interior surface spotted with big irregularly shaped nectar glands. The pitchers of H. ceracea are 20-30cm in height and are relatively narrow and tubular, with a pronounced dip in the front and a drainage hole in the middle. Young pitchers are yellowish green to reddish, often with pronounced red veins, turning orange or red as they age. The spoon is red in color and flat or slightly concave in shape with a pronounced mid-rib lined with hairs and a distinctive pointed tip.

In habitat, the plants tend to form clusters as the rhizomes mature, in some cases reaching 1.5m in width though these are loosely connected and not dense like in chimantensis. Cultivated plants tend to stay more solitary which shows the unique characteristics of the species to advantage.

A must for the avid collector!