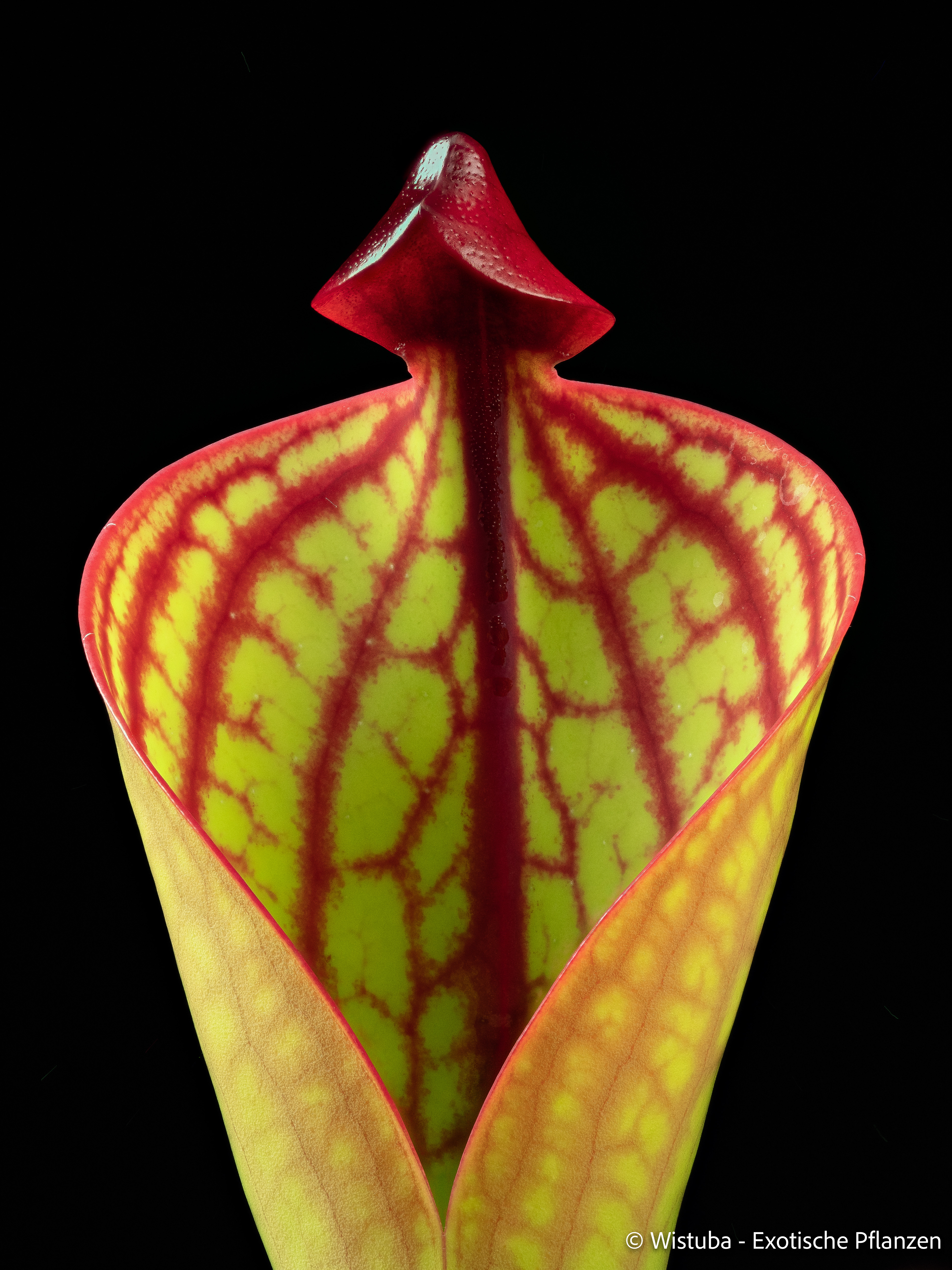 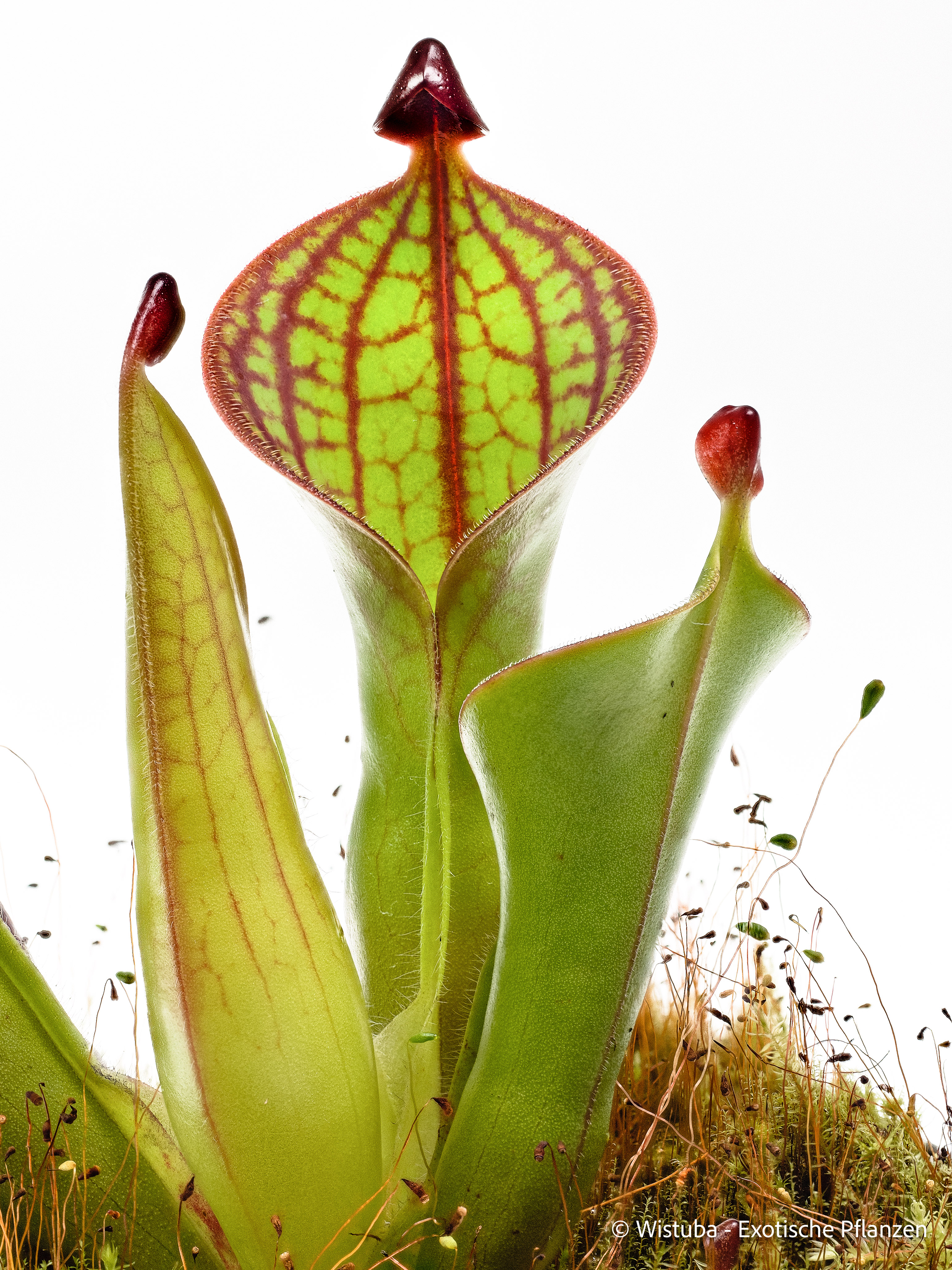 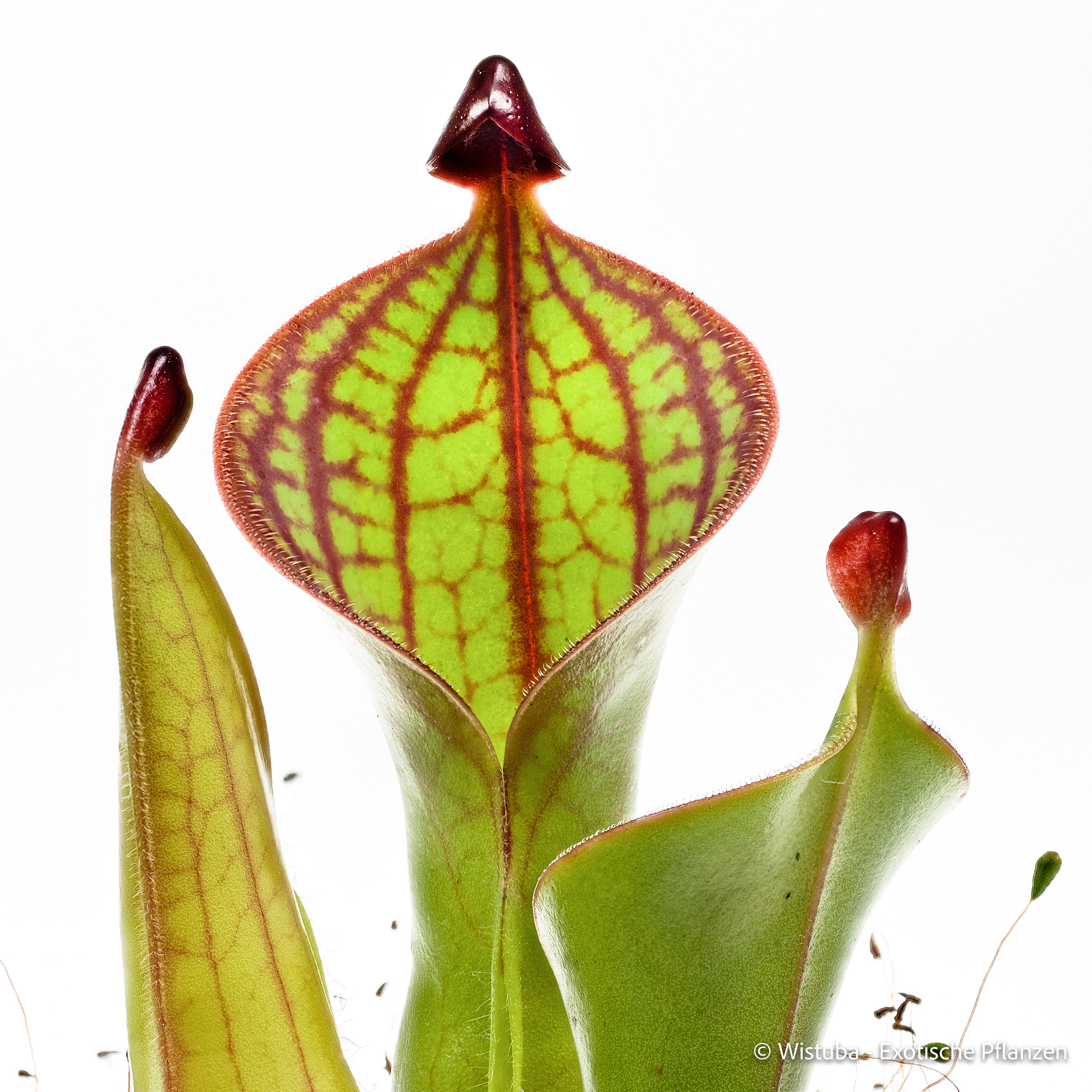 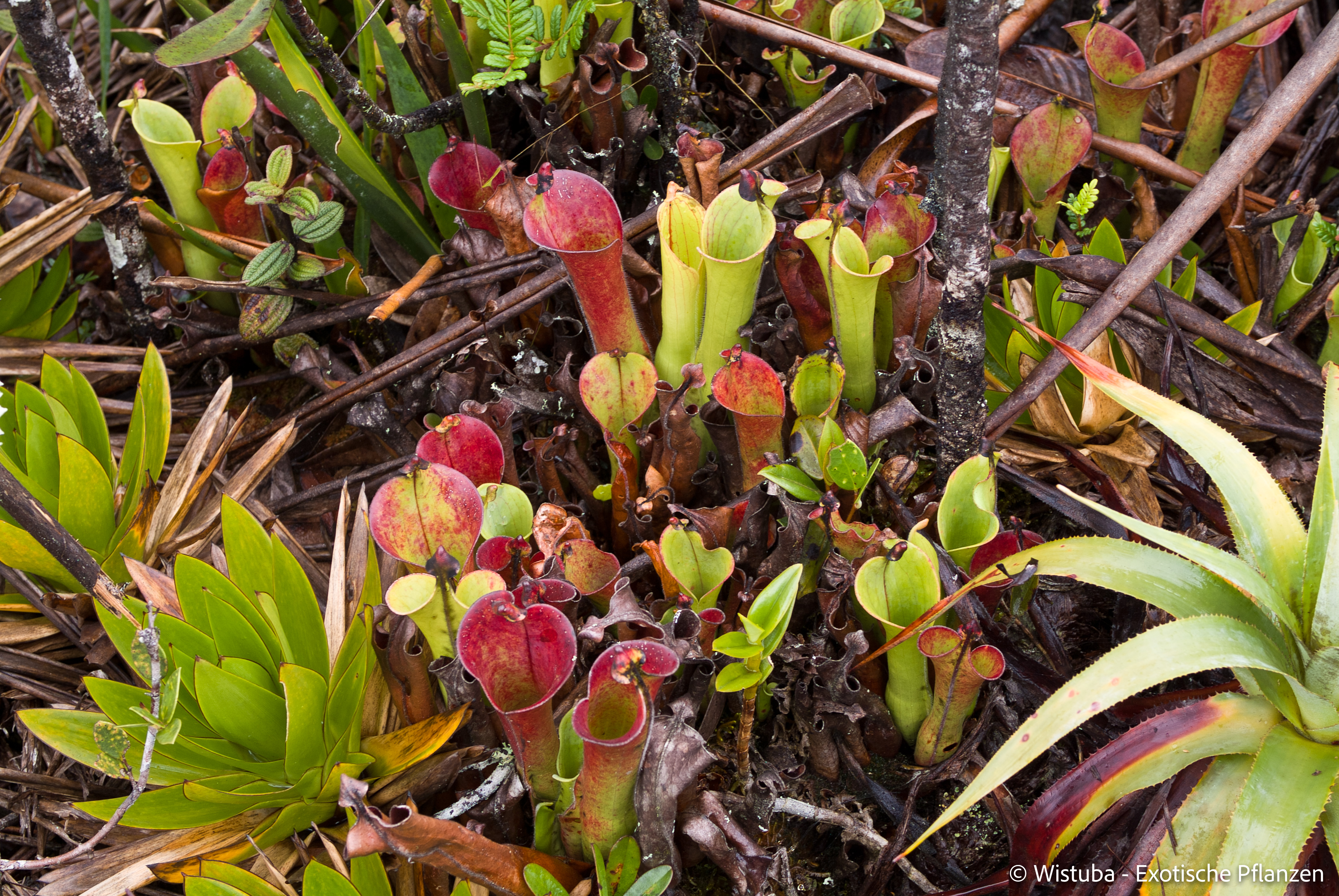 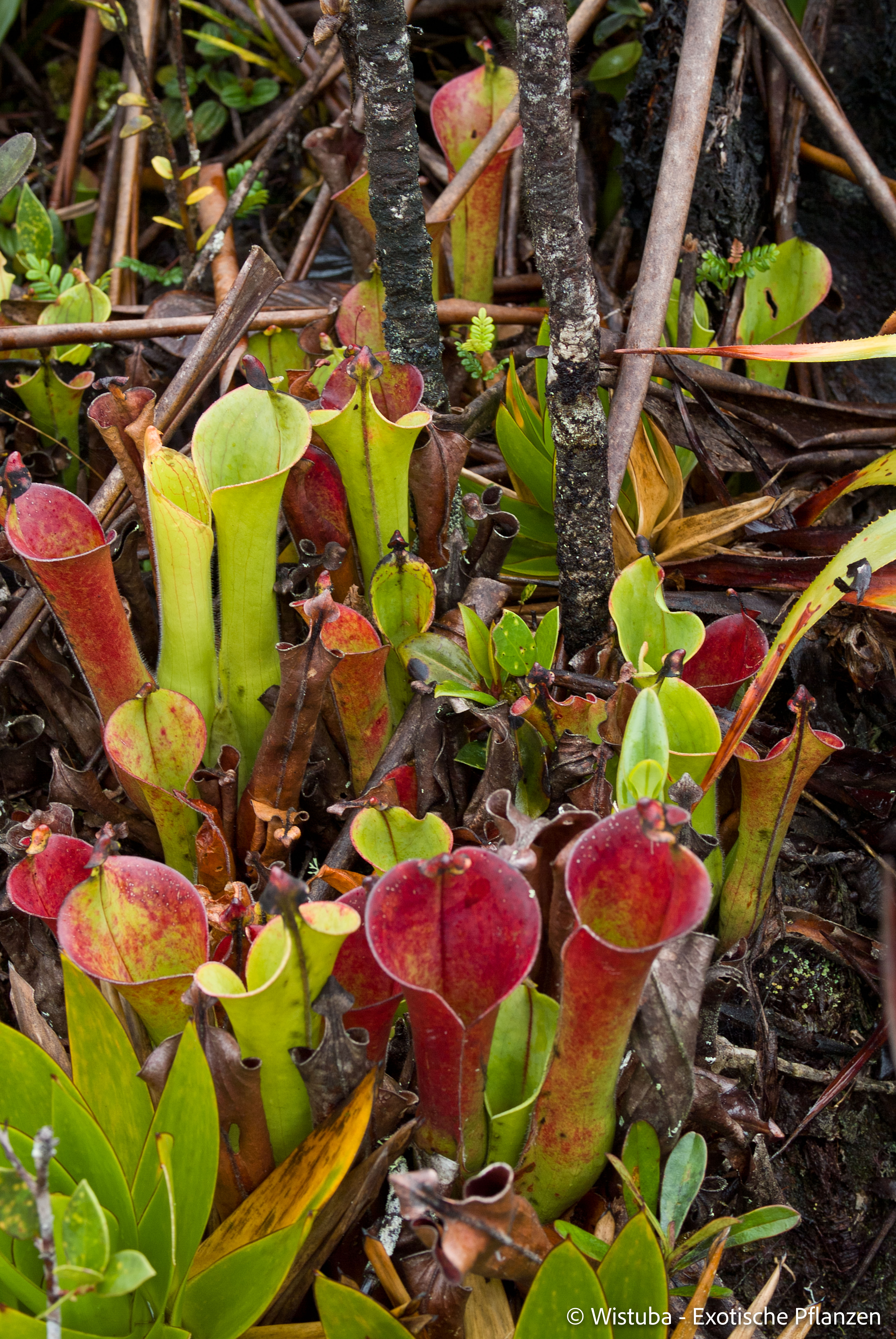 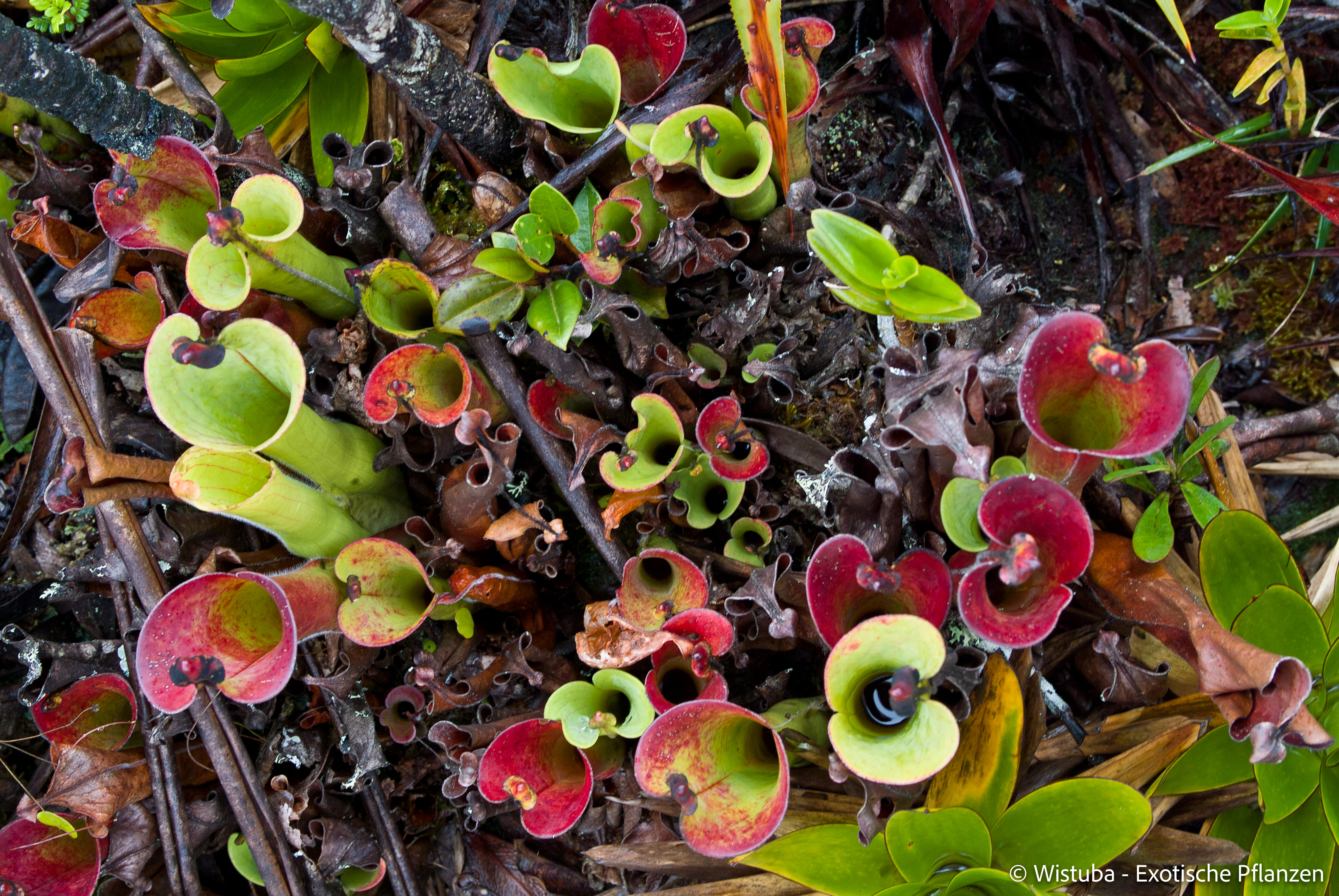 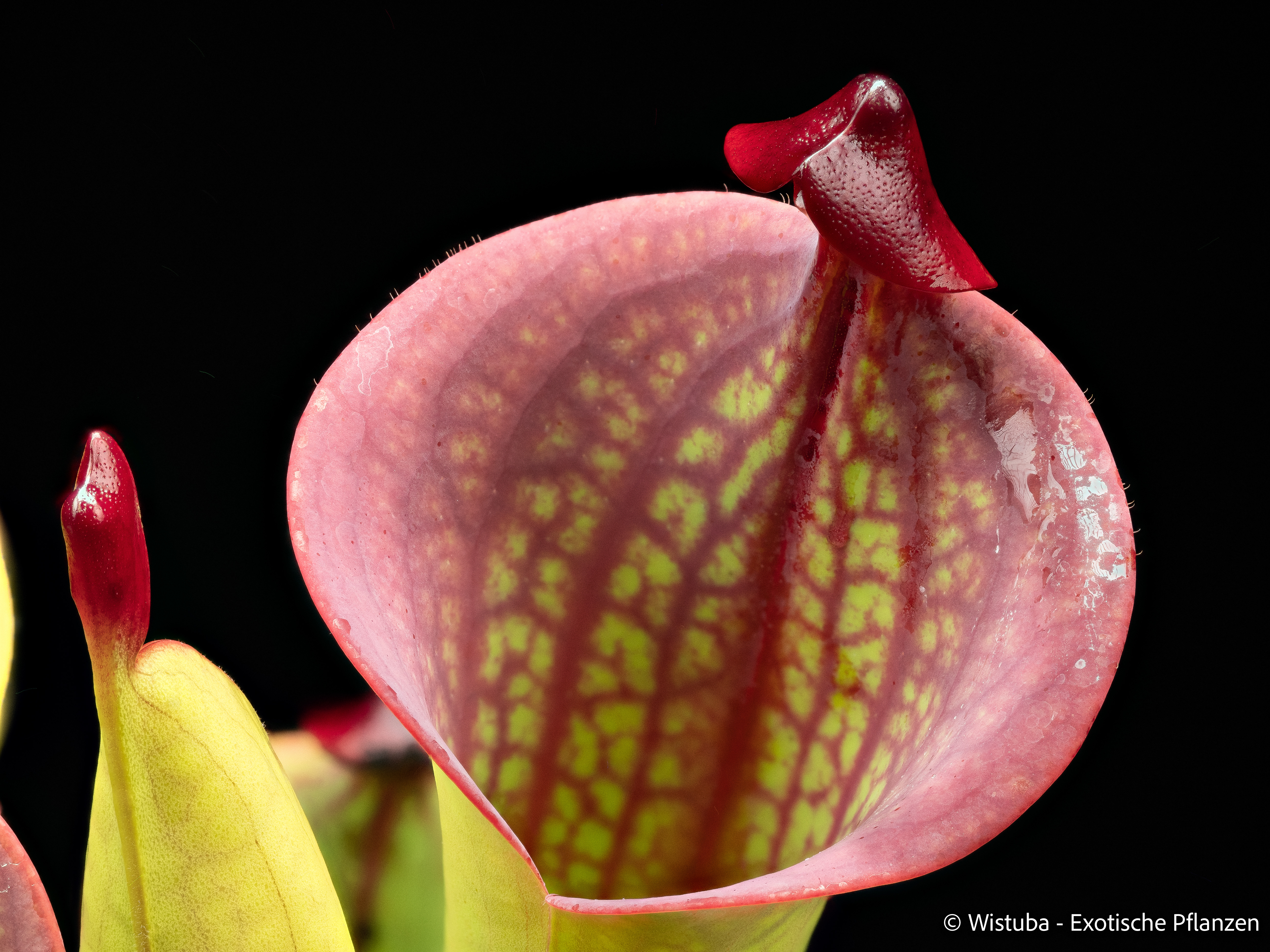 It is considered by many the most beautiful in the genus because of its stately yellow-green pitchers with crimson red veined waxy interiors and handsome ruby red spoons. A lining of small rim hairs at the opening enhances the appeal. Spectacular!

Heliamphora macdonaldae was one of the earliest species to be discovered (together with H. tatei and the now synonymous H. tyleri) during the Tyler-Duida Expedition organized by the American Museum of Natural History in 1928. It is known to occur at altitudes of 1500-2300m on the summit of Cerro Duida and surrounding hills and tepuis in a remote inaccessible area of the Venezuelan rainforest. Although the species has been known for many years, the remoteness of its habitat has made seed collection and its consequent introduction in horticulture difficult, and so it’s only recently become available.

The habitat of this species consists of exposed, waterlogged areas, often surrounded by scrub vegetation. Generally, plants form a compact rosette on the ground, holding few live pitchers at a time, surrounded by several dead ones. On rare occasion, very old specimen can form an upright stem up to 30cm. The plants typically grow singly and are sparsely scattered. Pitchers can reach up to 40cm in height (though usually around 30cm) and are elongated in the upper part with a low waist where a drainage hole is present. In cultivation, plants remain more compact, though similarly holding only few live pitchers at a time, and do not produce stems.

This incredible species is a steady grower, and every new pitcher is a joy to watch unfold! Finally available!