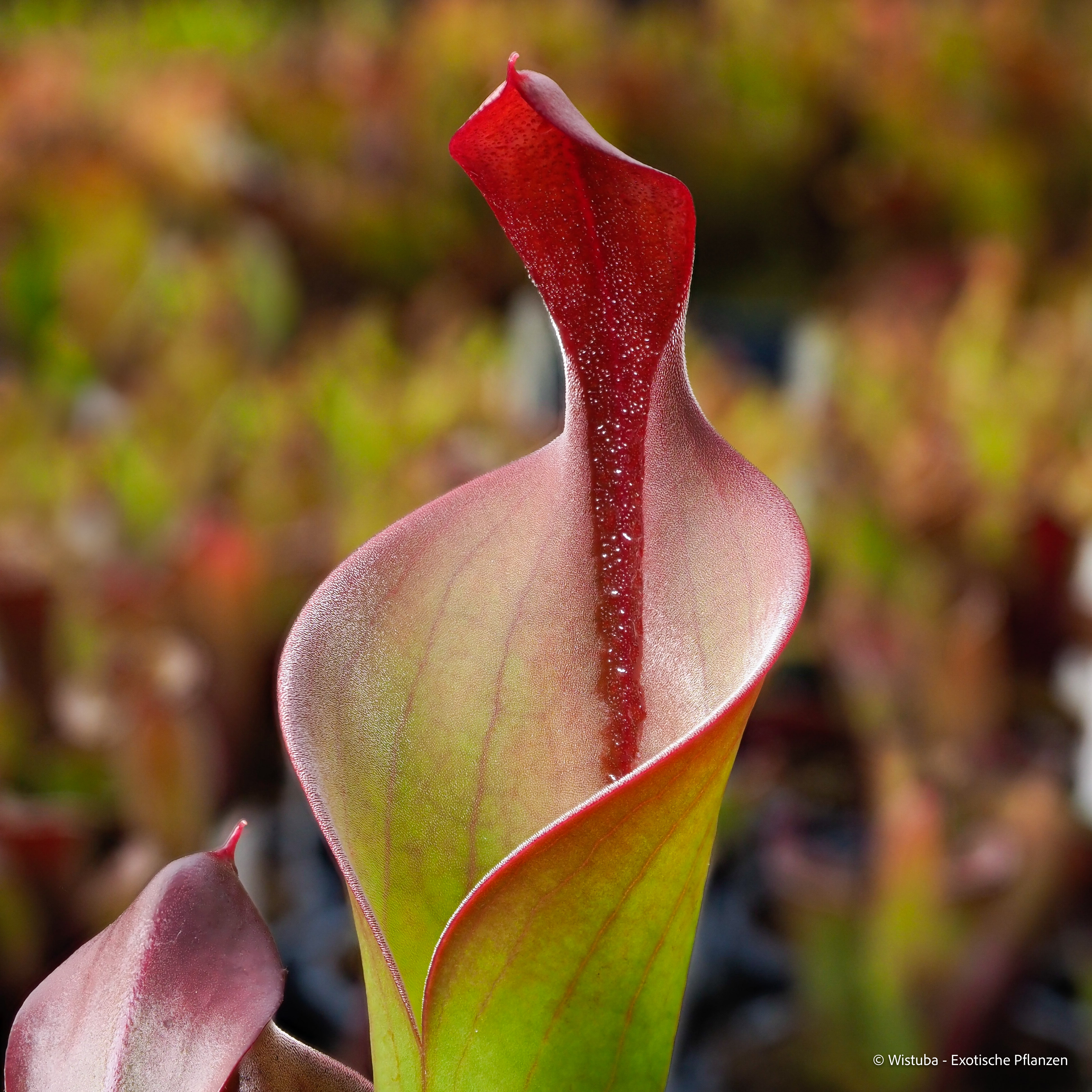 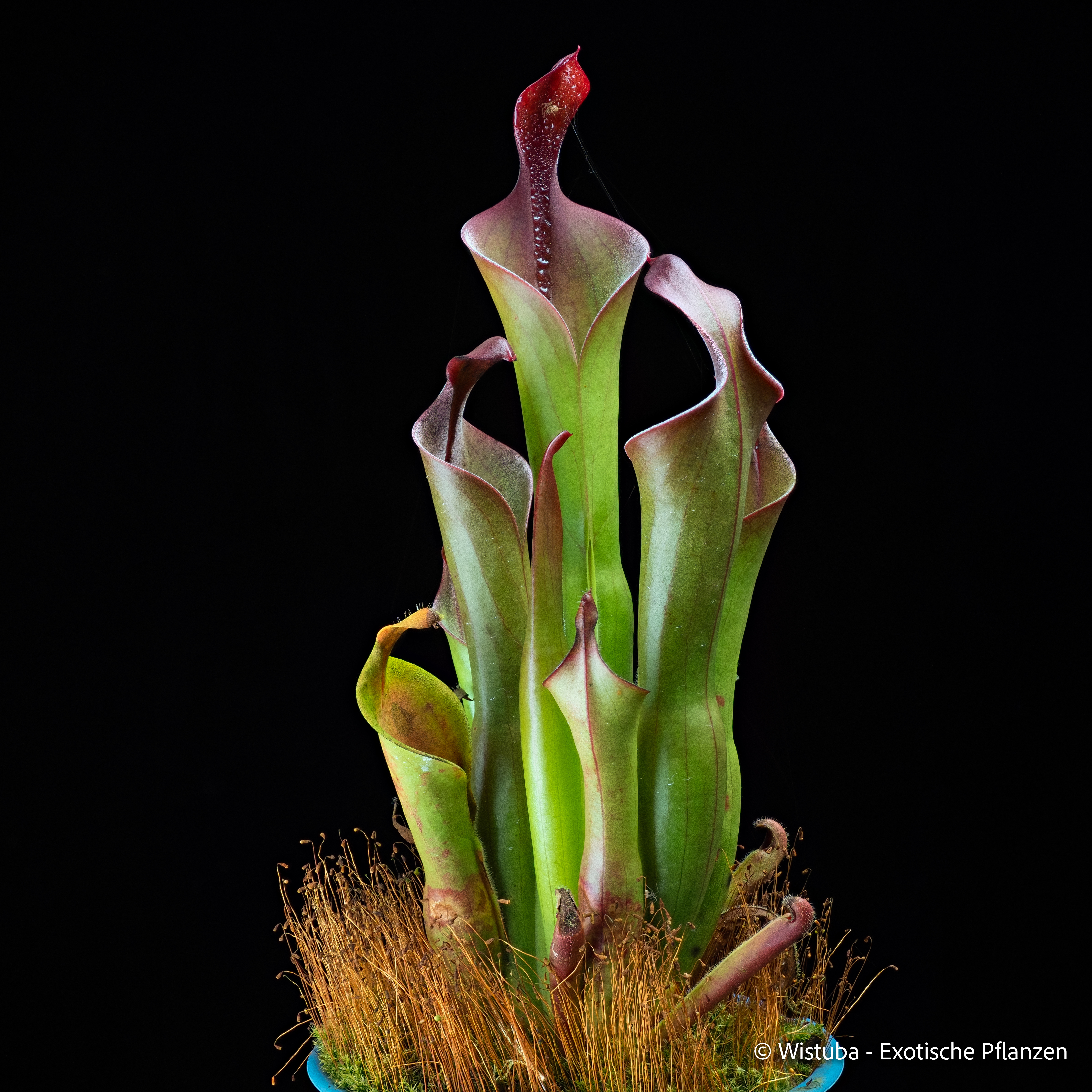 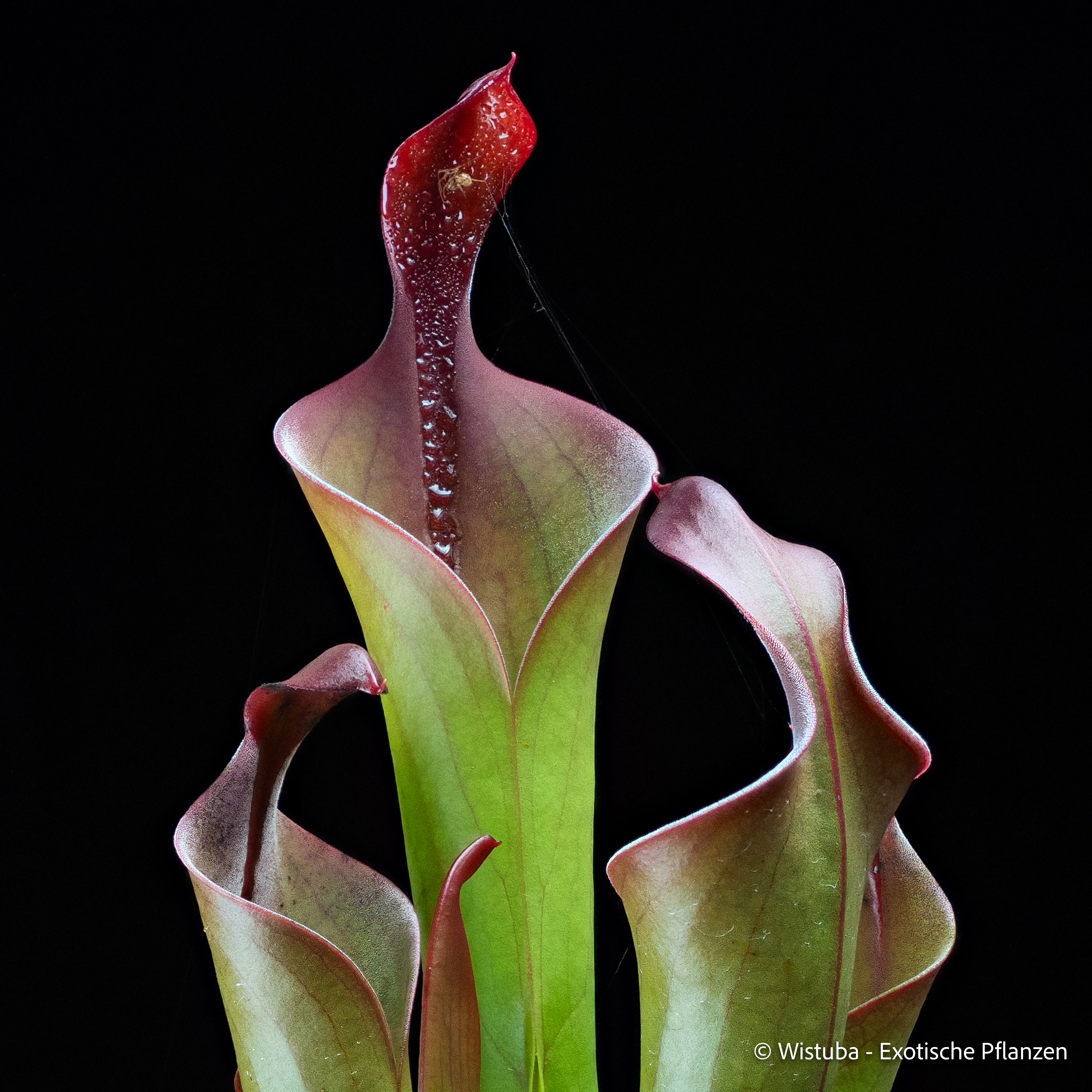 Originally collected in 1953-1954 during the initial exploration of the Neblina Massif on the border of Brazil and Venezuela, this species was named in 1978 after the area. Though populations can be found there at elevations of 2000-2200m, it was later discovered to be much more wide spread on neighboring Cerro Avispa and Cerro Aracamuri, where it is the only Heliamphora present and it can grow as low as 860m (the lowest occurring Heliamphora so far discovered). The plants favor shrubby, heavily vegetated habitat, and partial light.

To add to the uniqueness of the species, H. neblinae has the longest pitchers known in the genus, and though the majority are 35-45cm, they can reach 50-60cm! In addition, stems are produced occasionally, typically no more than 30cm, but- in at least one exceptional case- a herbarium specimen is recorded having a stem 2m tall! Pitchers are uniformly light green with a contrasting smooth vibrant red stripe running down the back of the interior, with a matching red marginal line on the outside. The red spoons arise from this area seemingly as a continuation of the stripe. Their shape can be variable but is generally flat with wavy margins, and upright. Pitchers are low-waisted, and have a drainage hole. Only a few live pitchers are held on the plant at a time, often surrounded by several dead ones.

Heliamphora neblinae is better suited for experienced growers due to its slow growth rate and tendency to take a while before displaying its distinctive morphology. This said, it is a rewarding species to grow, and the end result can be quite spectacular!