Show all categories highland Back 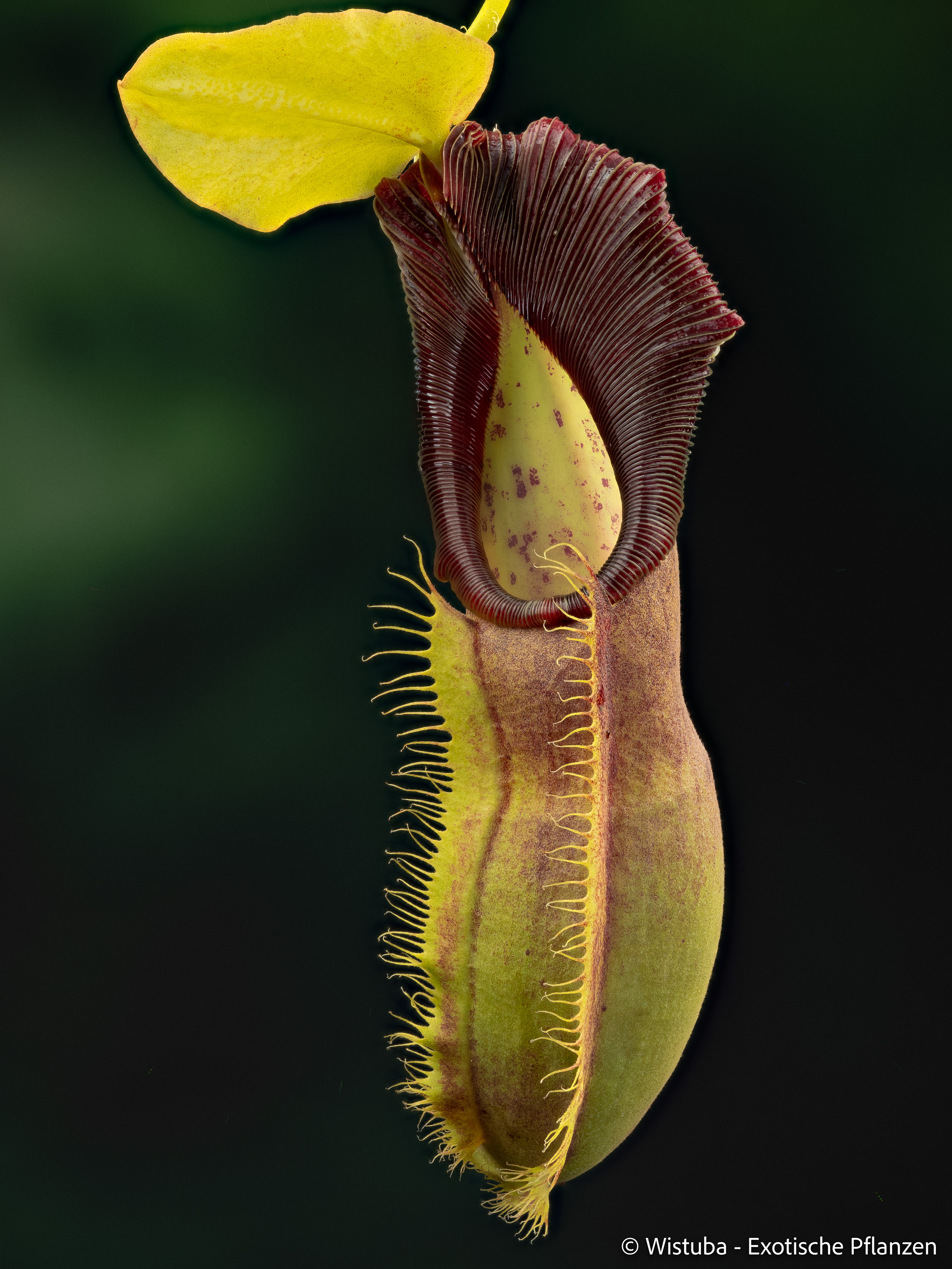 Winterpause! - Winter Break!
Winterpause von November bis März! Alle neuen Bestellungen werden auf März/April 2023 terminiert! Winter break from November to March! All new orders will be scheduled for March/April 2023!
Product number: AW-N_spat_ABG.1
Product information "Nepenthes spathulata"
Nepenthes spathulata is an impressive and easy growing species from the southern regions of the Barisan Mountains, Sumatra, as well as the island of Java. It naturally grows at a variety of altitudes (1100-2900m), either in mossy or lower montane forest as an epiphyte, or higher up in upper montane forest or stunted summit scrub terrestrially. Due to this wide altitudinal distribution it is one of the easier highlanders and can be grown under more ‘intermediate’ conditions. Definitely one of the ‘Classics’.

The lower pitchers of N. spathulata reach an impressive size (30cm) and are some of the largest produced by any Sumatran species. They are generally egg-shaped, becoming narrower and more cylindrical leading up to the peristome, often with a well-defined hip. The pitcher body is usually a vivid light-green colour, under and in stark contrast to the stunning and beautifully flared bright-red to dark purple-black peristome. The inner margin of the peristome is lined with short but distinct teeth. The pitcher interior is generally paler and speckled with pale purple-red blotches. A prominent pair of frilled wings runs down the front of the lower pitchers. Upper pitchers are less frequently produced, but closely resemble smaller (15cm), wingless versions of the lower pitchers, often with a thinner and possibly more wavy peristome.

Plants from Java were initially informally referred to as N. ‘adrianii’. This is now considered a heterotypic synonym for N. spathulata, and these plants all considered to be one species. The Javan plants are however generally more colourful, with redder pitchers and a yellow, orange, to red peristome. In my opinion, they lack the striking contrast of the Sumatran form however.